Together with the National Alliance for Local Economic Development (NALED) Germany hosted the fourth national government and business conference “Way Out of Shadow Economy” which was held in the Palace of Serbia in Belgrade on 22nd May 2019. The conference was opened by the Prime Minister Ana Brnabić and H. E. German Ambassador to Serbia Thomas Schieb. The purpose of this event was the presentation of the revised and in April adopted National Program for Countering Shadow Economy with the Action Plan for implementing the National Program during the period 2019 – 2020. 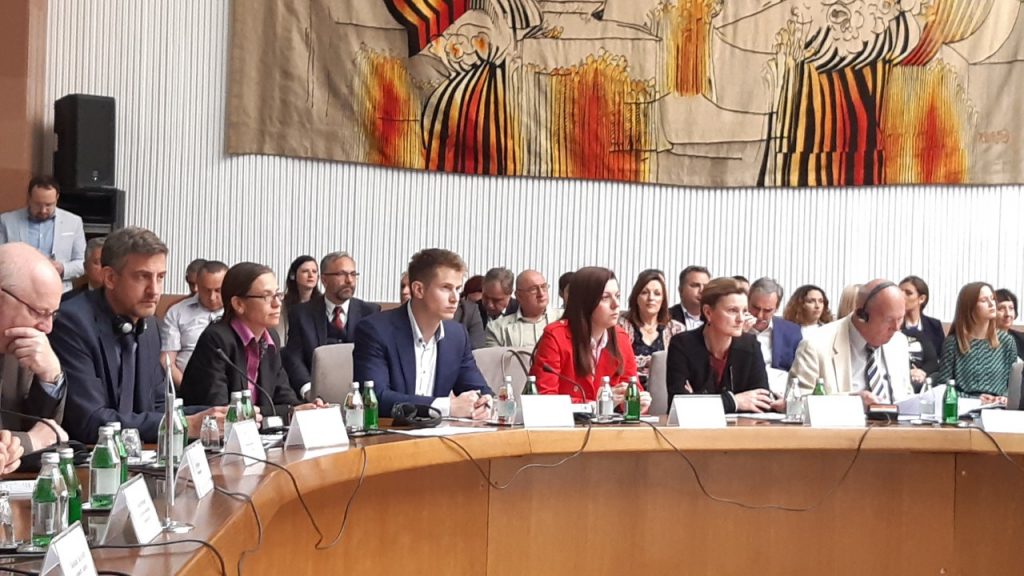 Key measures were outlined by Minister of Finance Siniša Mali, who is the President of the Coordination Body for Countering Shadow Economy, along with the other high-ranking members. The implementation of measures and activities focused on improving the fiscal system and business supervision, reducing the administrative and para-fiscal burden to businesses and raising awareness, has contributed to better tax collection and fair competition in Serbia. In 2018, surplus in the national budget reached 32.2 billion dinars (around 273 million euros), due to improved collection of revenues which increased by 89.7 billion dinars (ca. 760 million euros). Registered employment increased by 3.3%, and salary taxes and contributions exceeded the planned amounts. VAT revenues were 11.4% higher in gross amount.

Prime Minister Ana Brnabić pointed out that countering the shadow economy remains one of the government’s top priorities. Н.Е. Thomas Schieb praised the efforts of the government, pointing out that at the same time, through strategies and activities aimed at combating the shadow economy, Serbia also promotes the rule of law, which is a key objective in the EU accession process that Germany supports. 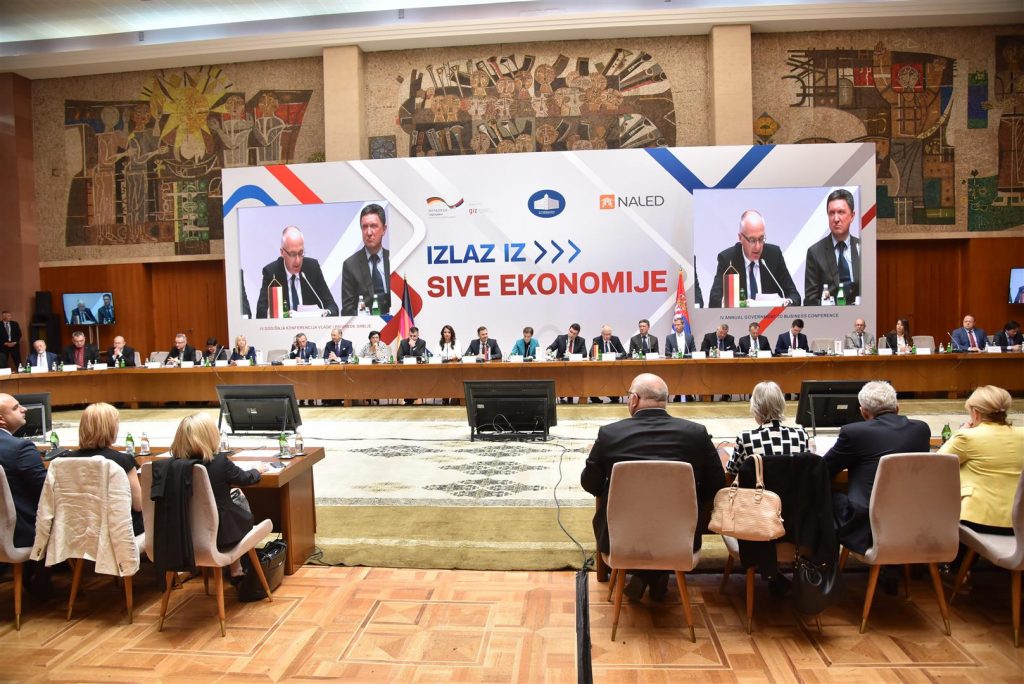 The project “Public Finance Reform – Financing the 2030 Agenda” of the German development cooperation, which is implemented by GIZ, supports with NALED the Serbian Government in the implementation of the National Program for Countering Shadow Economy. The project also supports the implementation of the Public Finance Reform Program and the Tax Administration Transformation Program.