|In Our Stories
|By

On June 16th, 2018, a special event was organised in Belgrade, a unique type of a fair called „Handicrafts of Life” which included an exhibition of handiworks by refugees from Iran and Afghanistan, residents of Adaševci Reception Centre in Sid, Serbia.

A total of 15 women participated at the Fair, displaying works, jewellery, clothes and decorations made at the Centre’s sewing workshop. The Fair was held in the premises of the Talk & Talk social enterprise, and it was organized by Deutsche Gesellschaft für Internationale Zusammenarbeit (GIZ) GmbH within the measure “Advice and Support to Asylum Seekers in Serbia and Macedonia” of the German Development Cooperation. The nongovernmental organisations Novi Sad Humanitarian Centre and the Serbian Association for Sexual and Reproductive Health and Rights gave support in organising the Fair as well as the Commissariat for Refugees and Migrations of the Republic of Serbia. 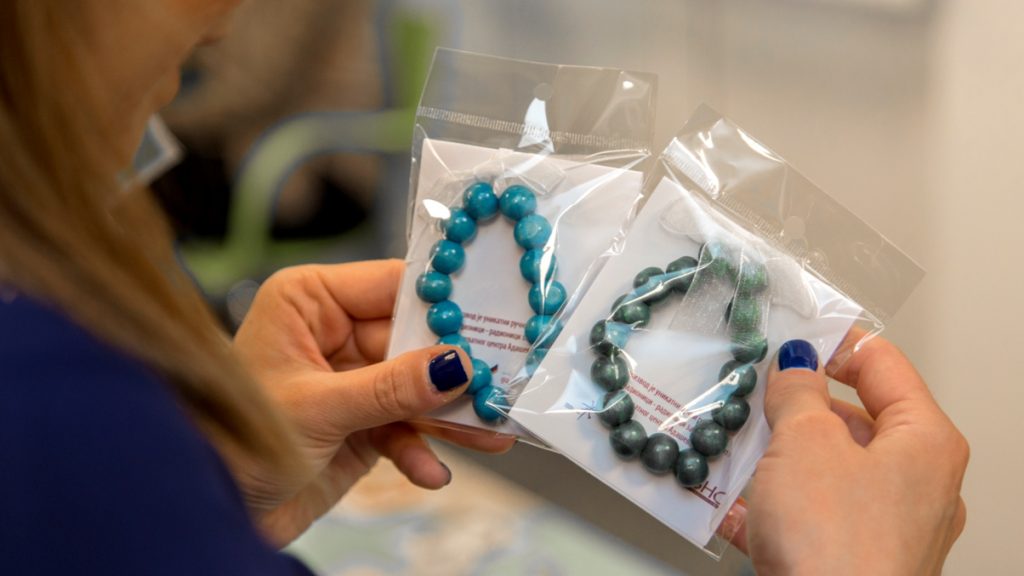 The idea of the Fair was to facilitate better communication, understanding and interaction, as well as to promote cultural diversity, solidarity and integration, by giving those women who participated an opportunity to better familiarise with the people and country in which they are temporarily staying, but also to present themselves and a part of their culture. In addition, the Fair had a humanitarian note and all visitors had an opportunity to “buy“ the displayed jewellry, clothes and decorations – with symbolic donations.

Currently, there are about 300 refugees staying in the Adaševci Reception Centre, who in addition to Iran and Afghanistan, also come from Syria, Pakistan, Iraq and Africa. The great majority of them are transiting through Serbia, waiting for necessary conditions to be met to travel further to the European Union member states.

The Centre is located in a former hotel, close to the highway leading to Croatia. It is somewhat isolated, and residents do not have the opportunity to go outside the Centre often, or to organise the time by themselves and do something that would influence and change their position for the better. That is why the activities, such as the sewing workshop, are so valuable. Apart from this workshop, several other were organised in the Centre – “Let’s meet Europe”, “Everything about recycling”, as well as various trainings such as language lessons, house painting courses, etc. In addition, various sport and recreational activities were organised in which residents were more than happy to participate since it provides them with the opportunity to socialise, exchange experience and life stories. 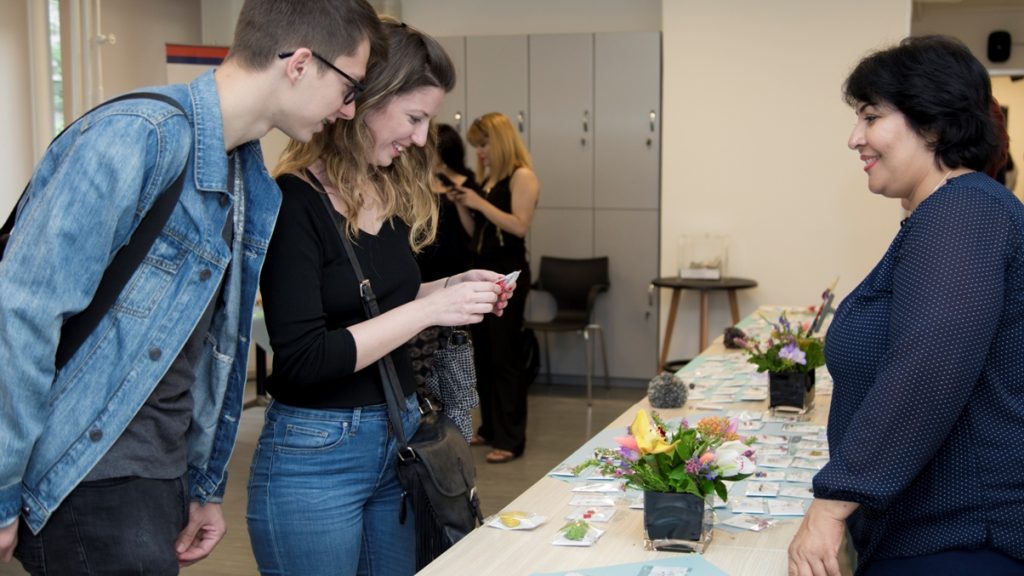 The sawing workshop itself gathered both women and men who are interested in creative work. The idea of the workshop was to give the refugees an opportunity to recognise and develop their talents and skills, at the same time enriching their everyday life.

One of the girls who are regularly attending the sawing workshop and was at the Fair, says: “I come from Iran and over there I used to work on a sewing machine in a clothing company. I like the sewing workshop and I think that everything I have learned there, will be useful to me.” She then added that she would like to go to Germany and find a job similar to the one she had in Iran. Her friend, who was also at the Fair, would like to go to Germany as well. She says that she would like to finish school there and find a good job that could support her living.

The Fair was received very well among the Belgrade public. “Handworks are really beautiful. I am very glad to have had the opportunity to help, at least a little bit. I wish them all the best”, “One great idea, wonderful exhibition, brave and creative women. I really enjoyed. Good luck, ladies! “, „It was nice at the Fair, the creations are really nicely done“, were some of the comments that could be heard at the event, and also read at the event page on Facebook.

The success of the Fair is also reflected in the fact that around 400 EUR were gathered that Saturday which will be used for supporting the further development of the workshop in a centre, but more importantly in the positive reflections and impressions of refugee women who participated.

Since July 2017, Deutsche Gesellschaft für Internationale Zusammenarbeit (GIZ) GmbH has been implementing the measure “Advice and Support to Asylum Seekers in Serbia and Macedonia“ on behalf of German Development Cooperation. The measure relies on the intensified need to provide asylum seekers with access to adequate information and support through the transit period, as well as mechanisms for potential integration. Bearing such context in mind, the main objective of the measure is to contribute to improving the position and prospects of asylum seekers placed in reception centres, providing support to implementation of specific, needs-oriented and adequate measures supporting integration.