The third meeting of the HR network, which gathers the HR units in public administration, was held on September 27, 2021. In addition to the representatives of the personnel units, the meeting was also attended by Danilo Roncevic, Director of the Human Resources Service of the Government (SUK), Dejan Miletic, Acting Director of the National Academy for Public Administration (NAPA), Ivana Savicevic, Assistant Minister of the Ministry of Public Administration and Local Self-Government, Dragana Janković and Dejan Kostić, Assistant Directors of Human Resources Service of the Government. 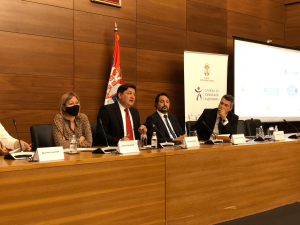 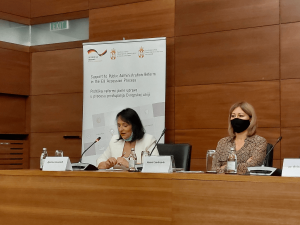 The meeting offered an overview of the HR network’s activities and presented next steps. International documents relevant for HR were discussed, such as draft SIGMA report on professionalization of HR units and support through IPA 2019 funds. And new developments in the national setting shared: introduction of a blog run by SUK; amendments to the Regulation on determination of competencies; Questionnaire on candidate satisfaction with recruitment and selection; and a new software for the HR network. 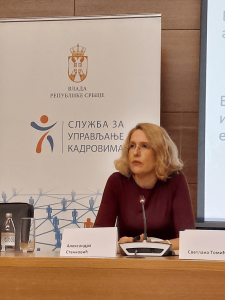 The HR network, also known as the network of us all, was created to strengthen the cooperation between HR units. It represents a common resource for all employees in public administration’s HR. Danilo Roncevic, director of SUK, thanked GIZ for the support in the establishment and in continuation of the network’s work, highlighting joined efforts in development of public HR. Similarly, Dejan Miletic from NAJU, concluded that the empowerment of Serbia means to have an institutional capability to respond to challenges of modern times, characterized by constant change – because we cannot respond to those challenges without each other.

The establishment and functioning of the HR network is supported by the German-Serbian Development Cooperation Project “Support to Public Administration Reform in the EU Accession Process”, implemented by GIZ.