CNC Training Center in Secondary Vocational School in Kragujevac was renovated and equipped within the public private partnership among the school, the city of Kragujevac, companies – the MIND Group, Siemens, Wacker Neuson, Unior Components, Gorenje Group, Teximp and the German Development Cooperation project Youth Employment Promotion. Secondary Vocational School is also supported through the German Development Cooperation project Reform of Vocational Education and Training in Serbia and for 5 years now it has been educating young people, according to the dual education model, for the occupations needed by the local industry.  The goal of the newly established partnership is to support the employment of young people also through non-formal education in accordance with the needs of the private sector.

The ceremony began with the opening of the CNC Training Center, and speeches of the representatives of the school, the city of Kragujevac, the Embassy of the Federal Republic of Germany in Serbia, the Ministry of Youth and Sports, the Ministry of Education, Science and Technological Development and the Serbian Chamber of Commerce, who agreed that multisectoral cooperation is needed for the achievement of a common goal – youth employment promotion. 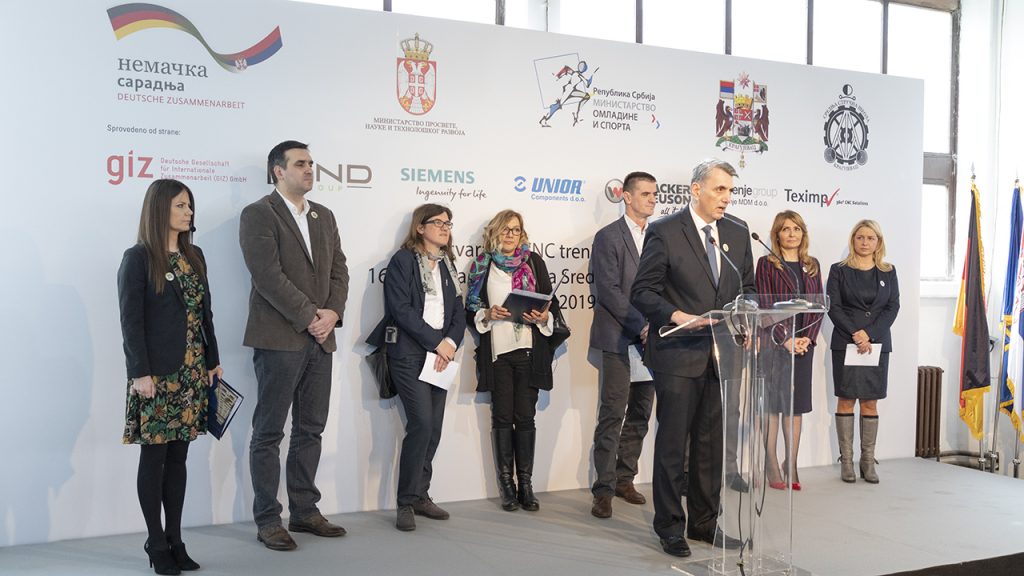 “We are in the part of a new school workshop, where will be opened an entirely new CNC training center, an entirely new concept of education. It aims to meet strict requirements that the economy puts before us, because the Secondary Vocational School has a task to provide the economy with the employees that are ready to meet the requirements of the economy. This CNC training center is not intended for our students only, it aims to educate unemployed people in this area in order to increase their chance and employability, and from previous experience we have seen that they are almost 100 percent getting a job”, said the headmster of Secondary Vocational School, Siniša Kojić.

Dorotea Renate Gizelman, Deputy of Ambassador of the Federal Republic of Germany in Serbia, stated on this occasion: “The pillar of close partnership between Germany and Serbia is the economy. Since 2000, 400 German companies have invested around two billion euros in Serbia and opened 55 thousand jobs with a tendency of further growth. Today, in Kragujevac, we celebrate the great success of the joint cooperation aimed at providing young people with practical skills that are really needed in the labor market in Serbia.” 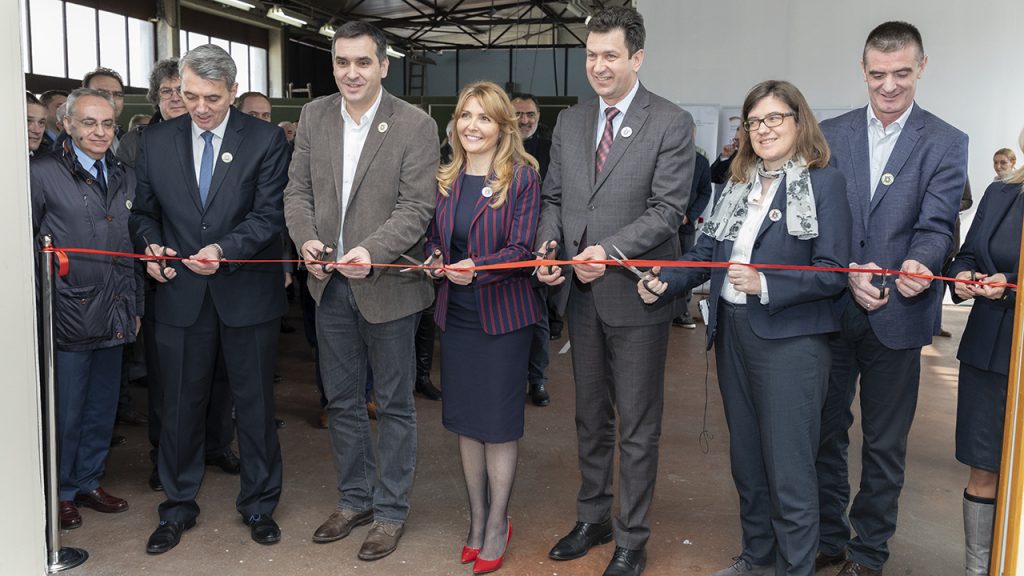 “As Serbia is competing with its surrounding to attract the largest number of investors and reduce unemployment, the city of Kragujevac is struggling with its own competition,” said Mayor of Kragujevac, Radomir Nikolic. “We strive to be the most favorable investment destination, we aim to improve the conditions and provide good service to domestic and foreign investors.” “The key to solving unemployment, which remains our biggest problem is the vocation. The industry is developing the city, and education must follow the industry”, Nikolic emphasized.

After the opening of the CNC Training Center, the Secondary Vocational School celebrated its 165th anniversary with a solemn academy at the museum Stara Livnica. On this occasion, School gave awards to the individuals, institutions, and companies which contributed to successfull cooperation. 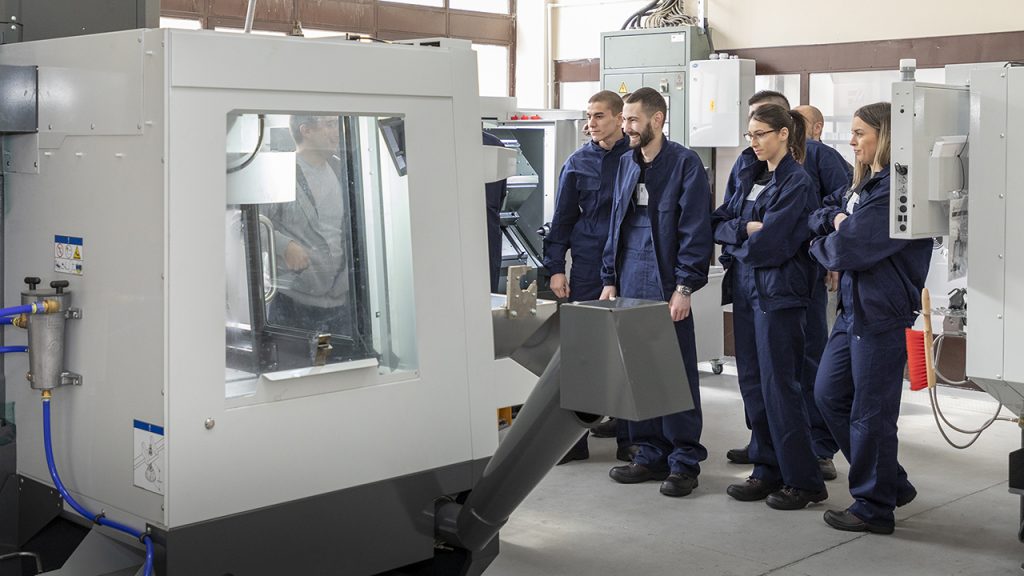 In the CNC training center, young people aged 15-35 will be trained on the most modern, computer-controlled machines to become CNC machine operators, and the machines will also be used for the practical training of the Secondary Vocational School students. The first group of 12 young people from Kragujevac started training in a renovated school workshop, and by the end of 2019, another 36 unemployed young people will be given the opportunity to complete the training and get employed in local companies.