Organised by the German Organisation for International Cooperation (GIZ) in partnership with the Ministry of Labour, Employment, Veterans and Social Affairs, the event „Strengthening institutional capacities and cross-sectoral cooperation in the field of migration“ was held in Belgrade on October 15, where further steps towards strengthening the capacity of institutions in the field of migration in Serbia were identified with relevant actors and stakeholders, which include trainings for managers and employees of institutions dealing with migration issues.

„Joint efforts of the Government of the Republic of Serbia, the Coordination Body for Monitoring Economic Migration Flows and other relevant actors, in February this year resulted in the adoption of the first national Strategy on economic migration for the period 2021-2027“, said Bojana Stanić, State Secretary of the Ministry of Labour, Employment, Veterans and Social Affairs, emphasising that the drafting of the Action Plan for the period from 2021 to 2023 for the implementation of the Strategy on Economic Migration is underway.

The Director of the German Organisation for International Cooperation (GIZ) for Serbia, Daniela Funke, stated that migration management, which is multi-sectoral in nature, requires cooperation and coordination of key actors as a crucial factor in responding to numerous challenges but also potentials related to migration. “German development cooperation welcomes the coordination of different donors in this area in order to create synergies in the most useful way possible“, added Daniela Funke. 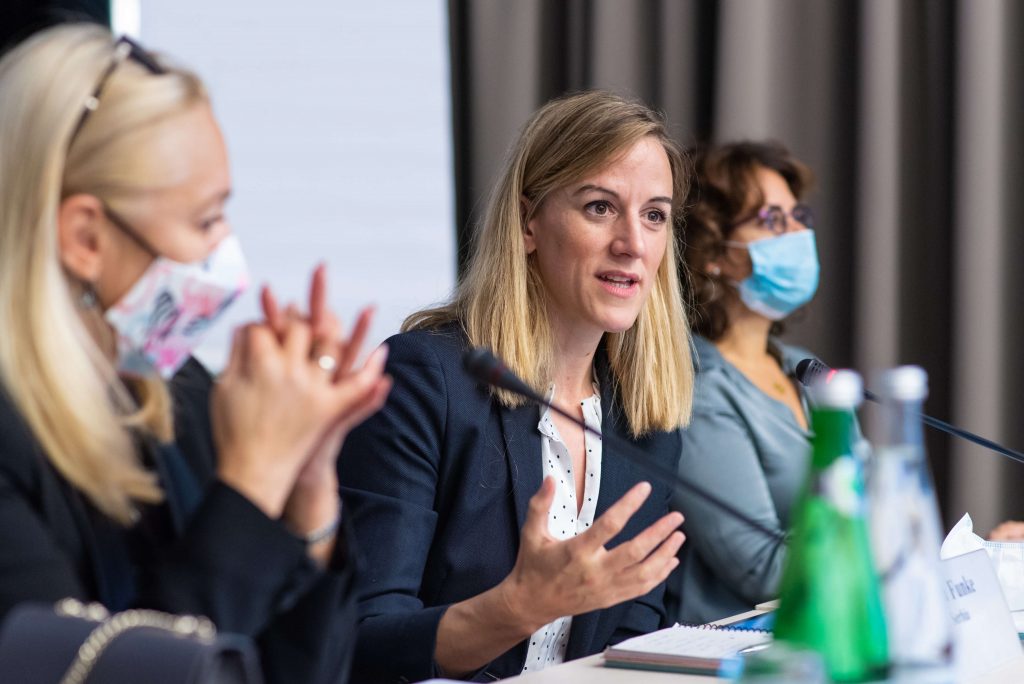 „Collection, monitoring and exchange of statistical data, qualitative monitoring of (economic) migration and harmonisation of Government measures for joint action in the field of migration, along with recognising the potential of circular migration and the role of the diaspora in the country’s development – are the basis of intensive and successful GIZ cooperation with the Ministry of Labour, Employment, Veterans and Social Affairs and other institutional actors in the Republic of Serbia“,  said the Director of GIZ for Serbia, Daniela Funke.

On behalf of the Federal Ministry for Economic Cooperation and Development of the Federal Republic of Germany (BMZ), the German Organisation for International Cooperation (GIZ) implements the Programme „Migration & Diaspora“ (PMD) in 22 partner countries around the world. The main political partners in Serbia are the Ministry of Labour, Employment, Veterans and Social Affairs and the National Employment Service. The aim of the project is to promote further development and implementation of sustainable migration policy, based on the Global Compact for Migration (GCM), through capacity building of partner institutions and relevant actors. Capacity development measures will be implemented in the form of trainings based on the identified needs of relevant actors.

Migrations are a global reality with a whole range of opportunities and challenges. Approximately 258 million people, or about 3% of the world’s population, currently live outside their country of origin. Developing countries in particular face challenges in defining migration policies that reflect the interests of migrants, countries of origin and countries of destination. In this context, the issue of migration management, which includes the establishment and management of the legal framework, public policy and social protection in the field of migration, is becoming increasingly important around the world.