"Unlimited needs of people vs the limited resources of our planet": A panel at the Mikser Festival as part of the "SDGs For All" Platform

On October 8, the Belgrade Fund for Political Excellence (BFPE) organized a panel discussion “Unlimited needs of people versus the limited resources of our planet” within the Mikser Festival, an annual exhibition that promotes design, architecture, urbanism, new technologies, art, music and communications in Serbia, which was held this year under the motto “Oxygen”. Participants in the panel, held at the “Zornić House”, an event location near Belgrade, were Nikola Božić, Program Director of Petnica Science Center, Dušan Stojaković, Sustainable Development and Marketing Manager of Hemofarm a.d., and Nada Lazić, environmental consultant and former coordinator of the informal Green parliamentary group and a former MP. The panel was moderated by Lidija Radulović, BFPE program coordinator. 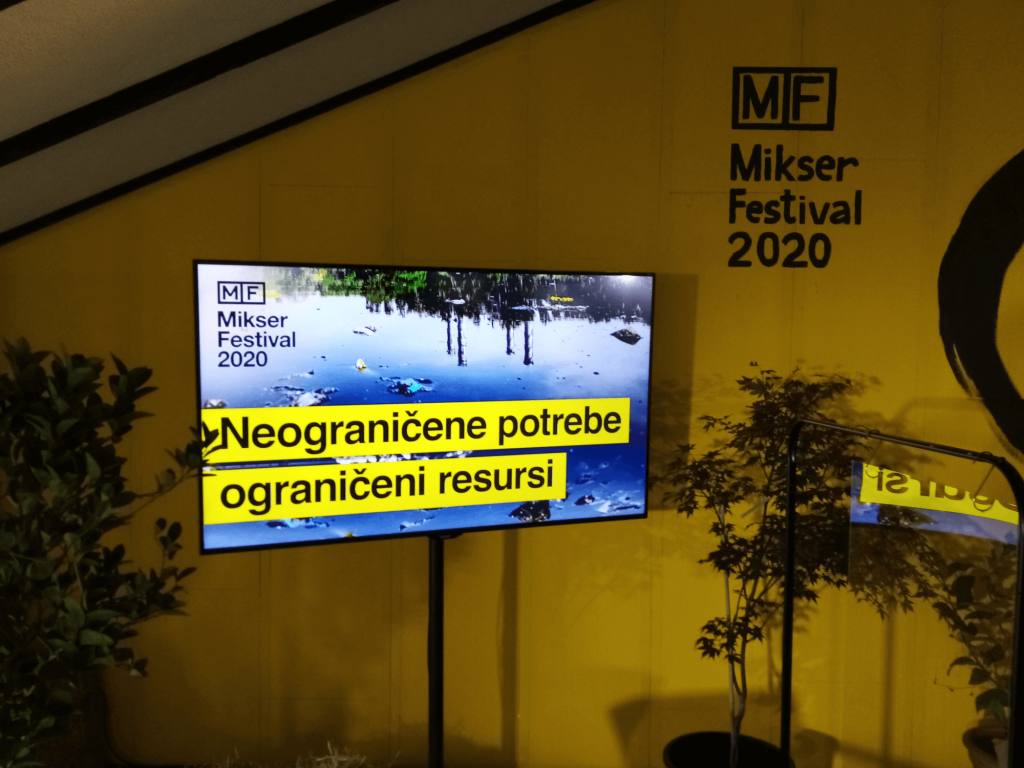 The panelists spoke about the topic using experiences from their respective professional fields. Thus, Nikola Božić considered the issues of sustainability from the point of view of education and presented sustainable practices that the Petnica Science Center conducts in its work with its students. In addition, Božić emphasized the importance of instilling the idea of ​​sustainability in the consciousness of young people.

Dušan Stojaković spoke about sustainability with a focus on the corporate sector, and especially referred to the business practices adopted by Hemofarm a.d., a Serbian pharmaceutical company, member of STADA Group, which are in line with the principles of sustainability and sustainable development goals. Nada Lazić presented the role of the state in the transition to sustainable development patterns. She concluded that such a transformation is not a priority for the Government of Serbia at the moment, and the main reason for that, in her opinion, is the lack of political will.

The Platform “SDGs for All” is supported by the Governments of Switzerland and Germany and is implemented by the Deutsche Gesellschaft für Internationale Zusammenarbeit (GIZ) GmbH through the project “Public Finance Reform – 2030 Agenda”. The project partners are the Belgrade Open School, the Belgrade Fund for Political Excellence, the Center for Higher Economic Studies, the Ana and Vlade Divac Foundation, the Center for Democracy Foundation and the Timok Youth Center. The Platform involves the establishment of a society-wide dialogue among the most important non-state actors in Serbia on the alignment of Serbia’s development priorities with the goals contained in the 2030 Agenda.