Continuation of support for public administration reform in Serbia

The agreement was signed by line Ministers Marija Obradović and Jadranka Joksimović together with Project Leader Stephan Heieck on behalf of GIZ, in the presence of the Ambassador of Germany to Serbia, Thomas Schieb. Ministers Obradović and Joksimović and Ambassador Schieb stated that the signing of this agreement represents the continuation of a successful cooperation between Serbia and Germany in public administration reform and European integrations.

“Germany’s support is extremely important for achieving the vision of the new Public Administration Reform Strategy from 2020 to 2030: Public Administration tailored to citizens’ needs. Moreover, it supports the goal of the MPALSG to make Serbia a modern state, a state in which citizens are satisfied with public services and which acts as a service for every citizen and the entire economy”, said Marija Obradovic, Minister of Public Administration and Local Self-Government.

Minister of European Integration Jadranka Joksimović expressed satisfaction with the signing of the agreement, emphasizing that it is a continuation of a successful project, by which Germany has shown that it considers Serbia an important partner not only bilaterally, but also as a serious candidate for the EU membership and in doing so, it supports Serbia’s accession negotiations.

“I believe that the results we have achieved so far with this project have convinced the German government to provide us with additional support by the end of the year for the continuation of the accession process and for more concrete and visible steps on Serbia’s European path, in accordance with the principles of the new methodology”, said Joksimović.

German Ambassador to Serbia Thomas Schieb stated that the agreement signed today represents a symbol of the continuous German support to Serbia on its path to the EU. An important role in this process play very concrete reforms in the​​ rule of law and public administration. Modern and efficient public administration, which is oriented to citizens’ needs, primarily benefits the citizens of Serbia and domestic economy, concluded Schieb.

The project “Support to Public Administration Reform in the EU Accession Process” focuses on improving the quality and availability of services for citizens and economy, both nationally and locally. It supports the usage of innovative approaches in creating and providing services and their standardization through the establishment of single administrative points.

A prerequisite for good governance is its further professionalization through capacity building of civil servants and the application of competency frameworks, while the process of accession to the EU is strengthened through support to negotiating clusters and structures established to coordinate this process. 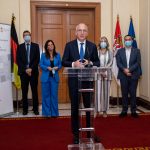 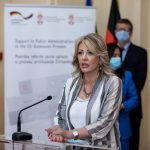 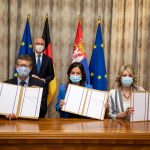 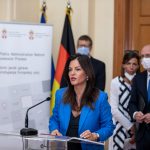 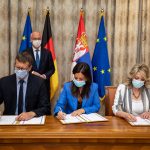