The first virtual Job Fair in Serbia, which was organized by the National Employment Service in cooperation with the German Information Center for Migration, Training and Career (DIMAK), took place on May 20, 2021 on an innovative online platform. The Fair enabled communication between 7,500 registered jobseekers, including 1,599 returnees, and 70 companies. Around 2,800 jobs were offered, and 7,302 CVs were submitted. 54% of the total registered participants were women.

Through three different webinars parallel to the main program, the Fair was enriched with content that is particularly relevant for difficult-to-employ groups, for example “How do I survive a job interview?” and “My rights when signing a work contract”. These valuable lectures were attended by more than 2,500 participants.

In order to include vulnerable population groups, especially returnees, local civil society organizations were also commissioned to organize and hold information events in the communities, to mobilize the target groups so as to enable them to actively participate in the Job Fair and to refer them to DIMAK if necessary. During the virtual Fair, numerous support posts of DIMAK advisors were also published on the very well visited DIMAK Serbia  Facebook page. The great success and volume of the first virtual Job Fair in Serbia is an essential step towards innovation, digitalization, and capacity development of the National Employment Service.

The Fair was opened by the Minister of Labor, Employment, Veterans and Social Affairs of the Republic of Serbia, Director to the National Employment Service and the Representative of the Development Cooperation Department of the German Embassy in Belgrade. The Minister reminded that in February 2021 Serbia adopted an employment strategy for the period 2021-2026. In March, the Government also adopted a three-year action plan that defines the guidelines for the development of employment policy in Serbia, with the aim of increasing the employment rate – all in line with the principle of quality, sustainable and dignified work.

The DIMAK center was founded in Serbia in 2016 as part of the global program “Migration for Development”, which in Serbia is implemented by the Deutsche Gesellschaft für Internationale Zusammenarbeit (GIZ) GmbH on behalf of the Federal Ministry for Economic Cooperation and Development (BMZ). 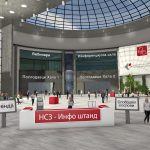