New Measures for the Social Inclusion of Roma: Agreement on Cooperation with Pilot Towns and Municipalities Signed

The Agreement on Cooperation with Pilot Towns and Municipalities was officially signed at the Deputy’s Club as part of the German Development Cooperation project “Inclusion of Roma and other marginalized groups in Serbia”, implemented by the German Organization for International Cooperation GIZ.

Towns and municipalities from across Serbia took part in signing the Panel of Cooperation and Agreement – Aleksinac, Vranje, Vršac, Kragujevac, Kruševac, Pirot, Požarevac and Subotica, while in Belgrade the programme is currently being implemented in the city municipalities of Zvezdara and Novi Beograd, where 48 Roma families have been provided with better living conditions.

The ceremonial signing of the Panel of Cooperation was attended by the Ambassador of the Federal Republic of Germany to Serbia, H.E. Thomas Schieb, noting the importance of this initiative that will contribute to further development in the area of integration of marginalized groups.

“It is important to work together on projects such as this, to emphasize diversity, and through stronger cooperation between Germany and Serbia to provide considerable and significant assistance to Roma and other marginalized groups. We have raised considerable funds to date and under the inclusion initiative we have helped numerous municipalities, informal groups, and organizations, as well as individuals to find jobs, and pupils and students to obtain scholarships for faculties for better education. Local structures are very important for members of marginalized groups, and I am glad that we have 15 municipalities and 12 towns showing high engagement in this field”, noted Thomas Schieb.

The Agreement served to announce the start of cooperation with these towns and municipalities, covering the provision of technical support in the implementation of measures for the social inclusion of Roma and reintegration of returnees based on the Readmission Agreement at the local level. This Agreement will serve to strengthen institutional frameworks, capacities and resources, primarily through improving the framework for implementing the “Strategy for the Social Inclusion of Roma in the Republic of Serbia 2016-2025”.

The inclusion project is being implemented in cooperation with the Office of Deputy Prime Minister and Minister of Construction, Transport and Infrastructure Prof. Dr Zorana Mihajlović, who also chairs the Coordination Body for Monitoring and Implementing the Strategy for the Social Inclusion of Roma in the Republic of Serbia 2016-2025.

“I would particularly like to extend my gratitude to Germany and GIZ, who are participating in the Coordination Body with us, and working on Roma inclusion. The Government is committed to the inclusion of marginalized groups, and endeavours to make this more than just a story, idea and wish, to show in real life all that we can do and as a state to fight for equal rights for all our citizens. A critical point is the implementation of activities, strategies and plans at the local level. This is precisely why today’s Agreement is very important, to enable us to work together on receiving a direct response from Roma about what we have improved during the past period and what needs to improve so that everyone has the dignified life they deserve”, said Prof. Dr Zorana Mihajlović.

The Mayor of Belgrade, Prof. Dr Zoran Radojičić, noted that the signing of this Agreement brings Belgrade greater support in the social inclusion of Roma, and that GIZ is an important partner with whom the City of Belgrade has made progress.

According to the latest Census, there are 42,000 members of the Roma national minority living in the city, 28 percent of the total number of Roma in Serbia. Most of them live in Zemun, Palilula, Čukarica and Novi Beograd. Among the total of 593 non-formal substandard settlements where Roma live across Serbia, as identified by the information system, 98 are within the City of Belgrade. These settlements have grown significantly during the past two and a half decades, with the influx of new residents from the categories of internally displaced persons from Kosovo and Metohija and returnees from Western European countries.

“Belgrade as a local government is implementing the national Strategy for the active inclusion of Roma in society. The City of Belgrade is also planning to draft an Action Plan to further improve the status of Roma, and this will be a priority for us during the coming period. It is the duty of those of us running the city to take care of all our citizens and to direct attention to those living under difficult conditions”, added Radojičić.

In addition to the field of social welfare, where Roma have been provided assistance in the issuing of personal and healthcare ID cards, much has been done in the field of employment where, under the “EU Support for Roma Employment” project, the City in cooperation with the United Nations Office for Project Services awarded equipment grants to a value of around EUR 3,500 for 50 unemployed Roma persons with the best business plans.

On the other hand, the Social Protection Secretariat is organizing workshops attended by Roma children, with the aim of acquiring new knowledge and full inclusion in society. It is particularly important that, in addition to Belgrade, there are other towns in Serbia implementing very good initiatives in the field of assistance to Roma.

The City of Vršac represents a good practice example in the provision of social welfare services, with one link between the Roma population and the City of Vršac being the mobile team that works with them in the field. 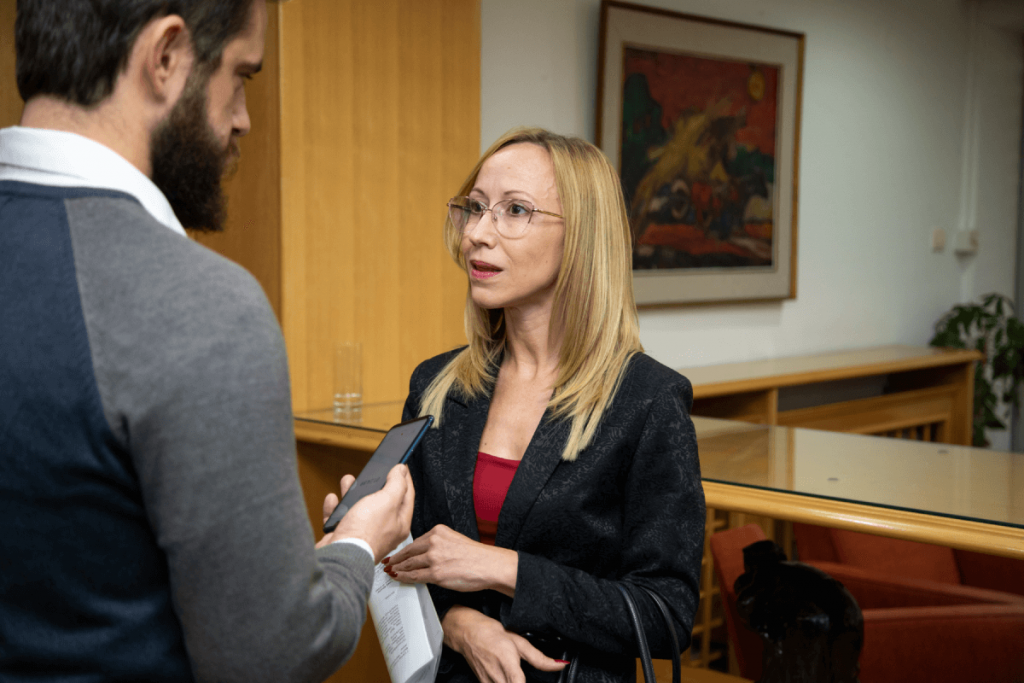 “During the past few years Vršac has done a lot to improve the status of all marginalized social groups, particularly regarding Roma, whom we are monitoring in all segments, from healthcare and education, through housing conditions to employment. During the past two years we have adopted strategic documents regarding the social inclusion of the Roma population, primarily the operational plan used for field work, where the coordinator of our mobile social support team is a Roma woman. The start of implementation of two projects in the field of Roma employment financed by EU funds is another fact indicating that we are on the right path. This is precisely one of the reasons why the City of Vršac was listed as a good practice example in providing social welfare services”, said the Mayor of the City of Vršac, Dragana Mitrović.

The third component of the German Development Cooperation project “Inclusion of Roma and Other Marginalized Groups in Serbia” is aimed at improving the framework, structure and mechanisms for implementing the above Strategy at the national and local level, encouraging changes in societal attitudes towards marginalized groups in Serbia.