Personnel development through the lens of local government

Association of German Cities pays a return visit to Serbia

Public administration reform covers a wide area of topics: from simplification of procedures, over public consultations to eGovernment. As different as these topics are, they share one success factor: a trained and competent civil servant. This is even more true on the level of local government, where civil servants are in direct contact with citizens to whom they provide services.

Shared interest in HR management and personnel development brought together representatives of the Association of German Cities and the Serbian institutions during a visit to Serbia in the beginning of September. This is, however, not the first time they meet. The visit followed a successful learning journey of the Serbian institutions to Germany in 2018 in the frame of the German-Serbian project to support Reform of the Public Administration in Serbia, during which the return visit was agreed.

Ms. Jutta Troost, who is in charge at the Association of German Cities for Human Resources and Ms. Kathrin Krumbach, heading the unit for personnel development at the City of Bonn commenced the visit by meeting the Serbian Minister of public administration and local self-government, Mr. Branko Ruzic. The most interesting exchanges were about the modern HR: eLearning, coaching, mentoring and interactive learning. 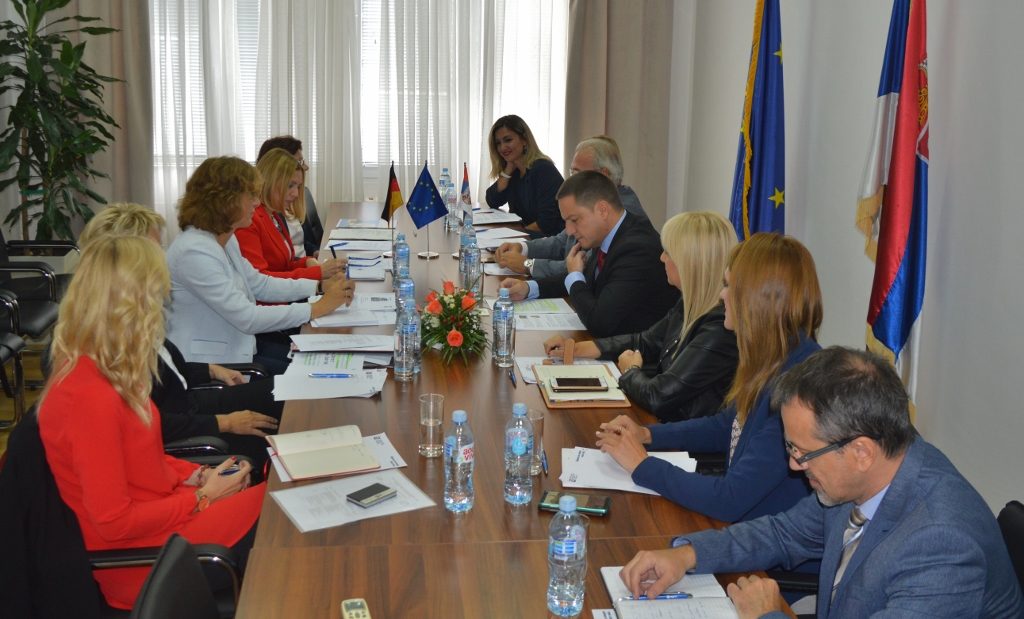 Serbia established the National Academy for Public Administration in 2017, and the Academy trained 2.377 civil servants and organized 132 trainings since. How to ensure continuous training and development for civil servants on the local level – experience and best practices were shared. The special interest was devoted to the work of the Standing Conference of Towns and Municipalities – the Serbian pendant to the Association of German Cities. Although different in size and scope, both associations represent interests of local governments in relation to national, regional or European bodies. An active exchange evolved around most effective ways to represent interest of cities and municipalities – a topic of high relevance for the Serbian local self-governments.

“Reforms are implemented by people and the best investment we can make is precisely in people. This is why we are thankful to diverse projects that support reforms, among others to the German government and the GIZ”, concluded Minister Ruzic.