During a discussion on these and other current issues concerning the reform of the Administrative Court in Serbia, answers were offered by Branislav Stojanović, Assistant Minister, EU Integration Sector and International Projects of the Ministry of Justice of the Republic of Serbia, eminent lawyers Prof. Dr. Dobrosav Milovanović, Prof. Dr. Marko Davinić, Prof. Dr. Vuk Cucić from the Faculty of Law in Belgrade, Maja Josifov, Head of the administrative law group at the Judicial Academy, as well as Michael Engel, Adviser in the GIZ Good Governance Programme. 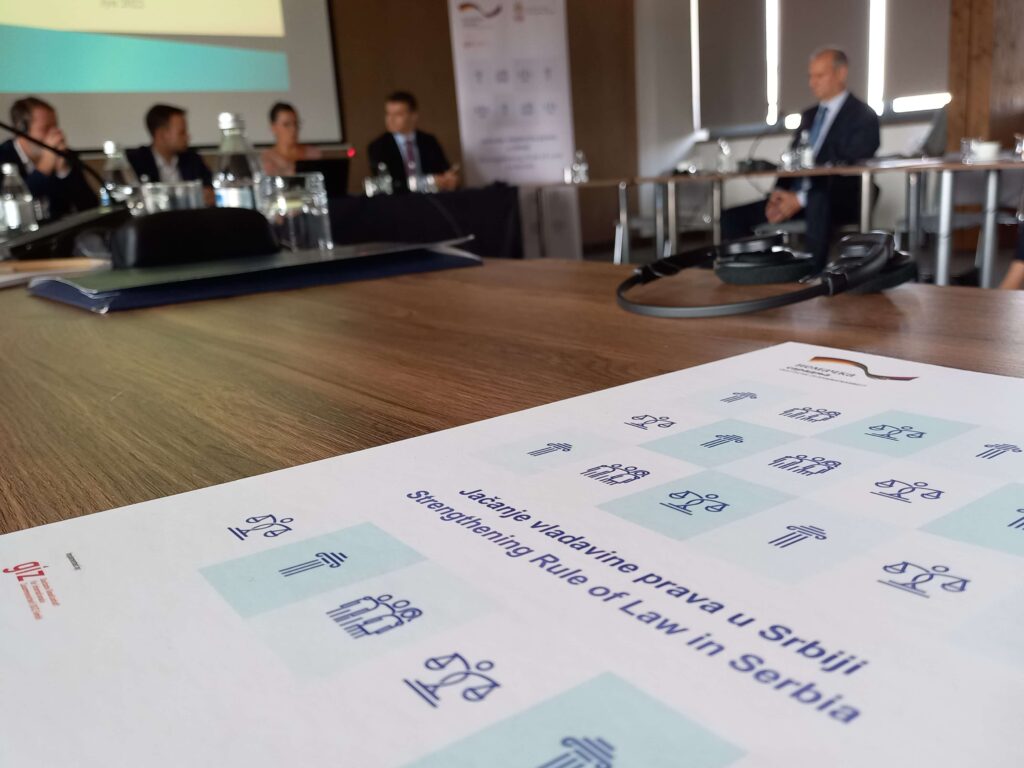 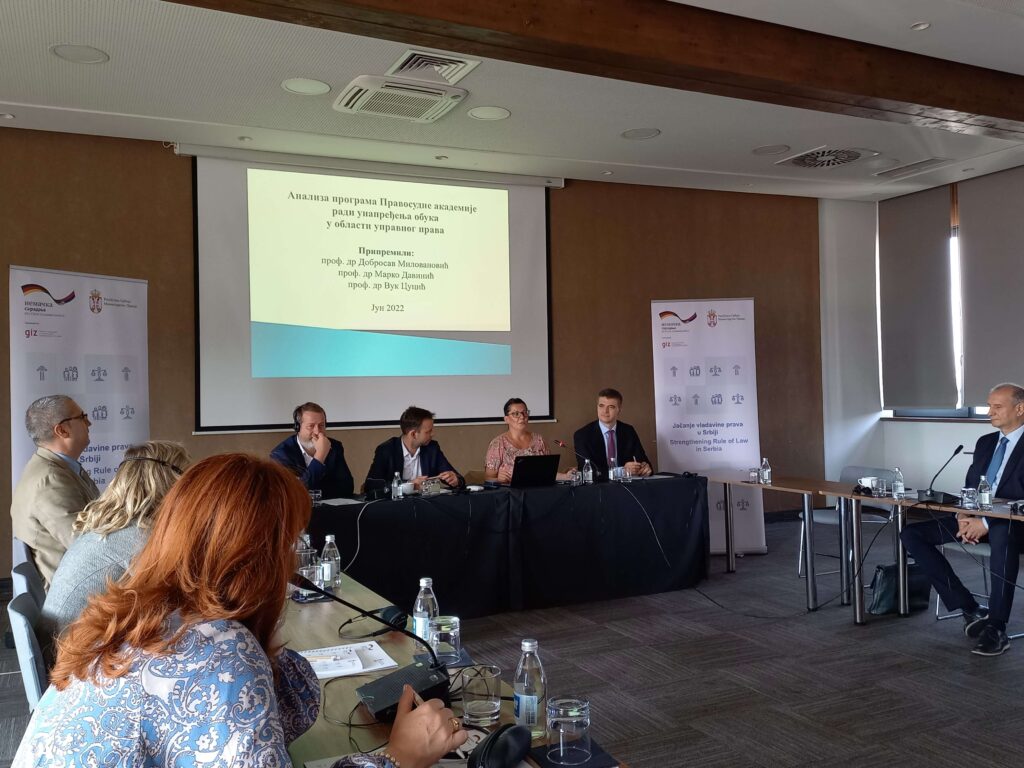 The Proposal to introduce administrative law into the Judicial Academy’s Initial Training Programme, authored by Prof. Dr. Dobrosav Milovanović, Prof. Dr. Marko Davinić, Prof. Dr. Vuk Cucić of the Faculty of Law in Belgrade, is a document drawn up on the basis of research and analysis of the national legal and strategic framework, national and EU reports, as well as the Judicial Academy programme.