Strengthening Rule of Law in the Republic of Serbia

’’EU for Fight against Corruption and for Fundamental rights’’ – is a new motto that unites a whole set of project activities in the field of strengthening the rule of law and which in a very effective way unites partners in the project ’’Facility supporting the strengthening Rule of Law in the Republic of Serbia’’, funded by the EU, the German Federal Ministry for Economic Cooperation and Development (BMZ) and the Austrian Development Cooperation (ADC). 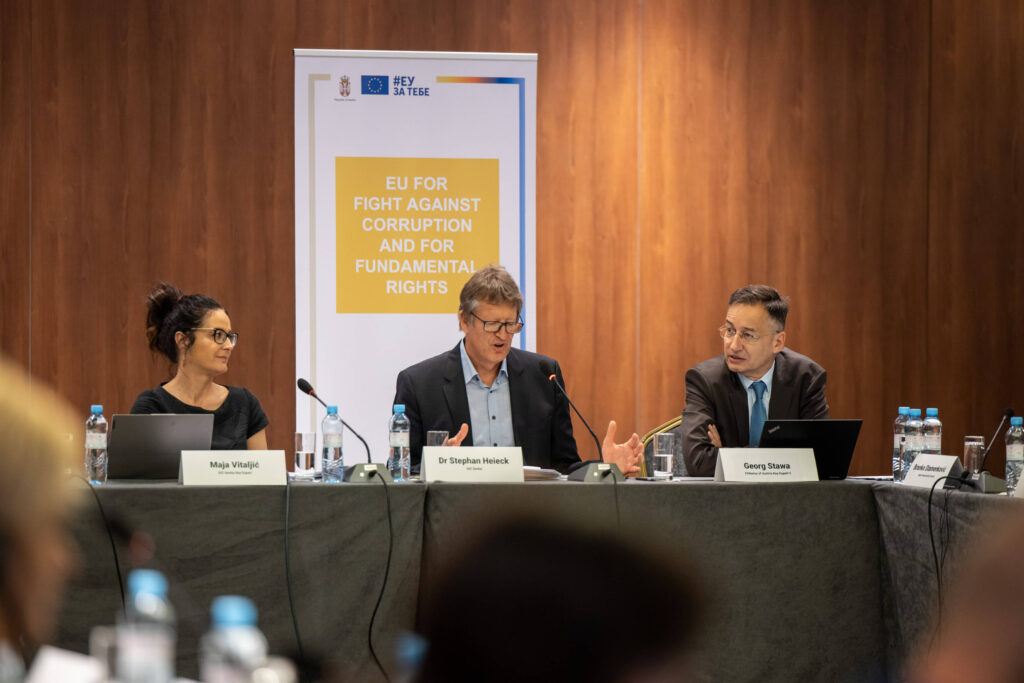 ’’Facility supporting the strengthening Rule of Law in the Republic of Serbia’’ and motto „EU for Fight against Corruption and for Fundamental rights“ are presented as Team Europe Initiative (TEIs), with significant contribution of the EU, Germany and Austria.

First Project Steering Committee Meeting for Chapter 23 ’’Facility supporting the strengthening Rule of Law in the Republic of Serbia’’, held on June 22, was attended by high level representatives of Serbian institutions of project beneficiaries, the EU Delegation to Serbia and implementing institutions (GIZ, ADA, CPMA and OSCE). In order to ensure synergy with other relevant projects, the First Project Steering Committee Meeting was attended by representatives of the project “Support to Action Plan 24” as well as representatives of the project “Complementary Support to the Judicial System” of the Council of Europe.

In their introductory speeches, Assistant Minister of Justice Mr Branislav Stojanović, Ms Leonetta Payer on behalf of the EU Delegation, Mr Stephan Heieck on behalf of the German Embassy and GIZ, as well as Mr Georg Stawa on behalf of the Austrian Embassy, ​​emphasized the importance of achieving transitional measures in key areas Chapter 23, with special emphasis on the protection of fundamental rights and the fight against corruption.

The special importance of the support for strengthening the rule of law in the context of systemic reforms and Serbia’s EU accession negotiations has been further strengthened by the new motto “EU for Fight against Corruption and for Fundamental Rights”, which will contribute to greater visibility of the project and thus raise awareness among the general public.

In the working part of the meeting, chaired by the key expert Ms Maja Vitaljić, Draft Operational Plan was presented and the Rules of Procedure were adopted. According to the organizational structure of the project, project activities are grouped into three parts – Preventive Anti-corruption measures, Pepressive Anti-corruption measures and Fundamental rights, which are again divided into seven work packages – Data protection, Rights of suspects, Free Legal Aid, National minorities, Ombudsman, Victim protection, as well as monitoring Transitional Justice and war crimes trials. 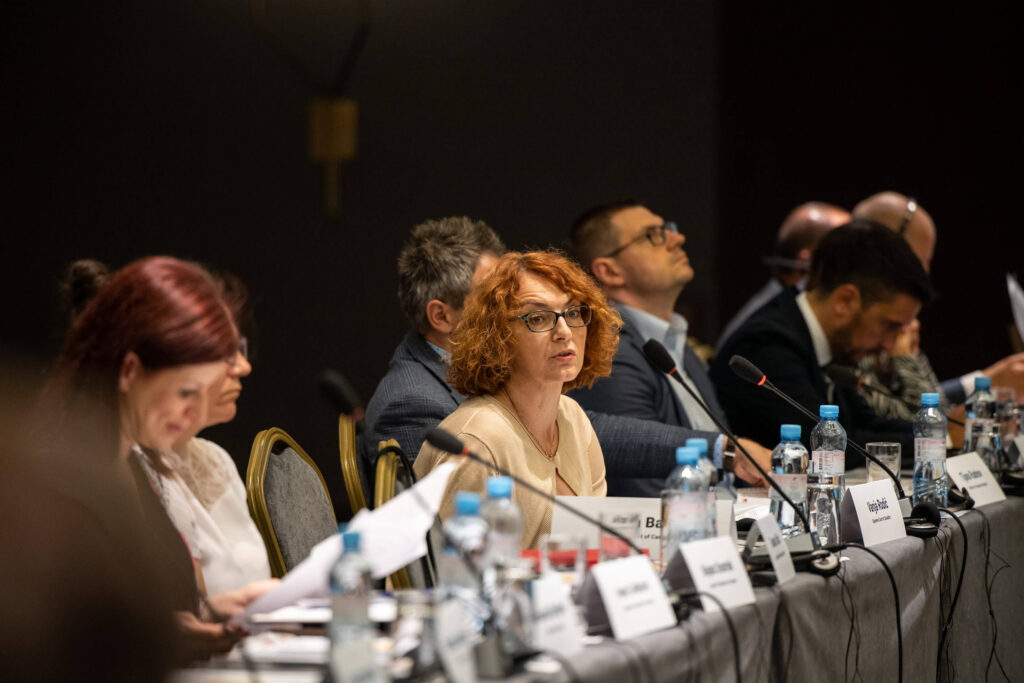 In addition to the main implementing partners (GIZ, ADA, CPMA and OSCE), certain activities will be carried out in cooperation with other institutions involved – CILC Netherlands, through a financing agreement with CPMA; International Academy for the Fight against Corruption (IACA, Austria) and Center for Legal Jurisdiction (CLC, Austria) through a funding agreement with the ADA and European Center for Minority Issues (ECMI, Germany) through a funding agreement with GIZ. Also, strategic partnerships have been secured with 10 Hamburg institutions covering the areas of justice, prosecution, fundamental rights and the fight against corruption, Lithuanian Special Investigation Service (STT), Lithuanian Ombudsman, Dutch Ombudsman and Austrian Federal Ministry of Justice.

The next meeting of the Steering Committee of the project “Support to Strengthening Rule of Law in the Republic of Serbia” has been announced for September this year.