The national coordinator of the GIZ Open Regional Fund – Modernisation of Municipal Services, Zorica Bilić, has been awarded the “NALED Strela” prize for 2020 for her contribution to improving the business climate and services for businesses and citizens in municipalities and cities.

Violeta Jovanović, Executive Director of the National Alliance for Local Economic Development, presented at the festive conclusion of the 14th Assembly the “NALED Strela”-award for the above-mentioned contribution to the economic development of Serbia.

Among the recipients of this prestigious award were the Managing Director of the European Bank for Reconstruction and Development for the Western Balkans, Zsuzsanna Hargitai, the Head of the British Fund for Good Governance, Matthew Jordan, the National Coordinator of the GIZ Open Fund for the Modernisation of Municipal Services, Zorica Bilić, and the Israeli Ambassador in Belgrade, Alona Fisher-Kamm.

Zorica Bilić was awarded the prize for her contribution to improving the business climate and services for citizens and the economy within the framework of support for municipalities and cities. 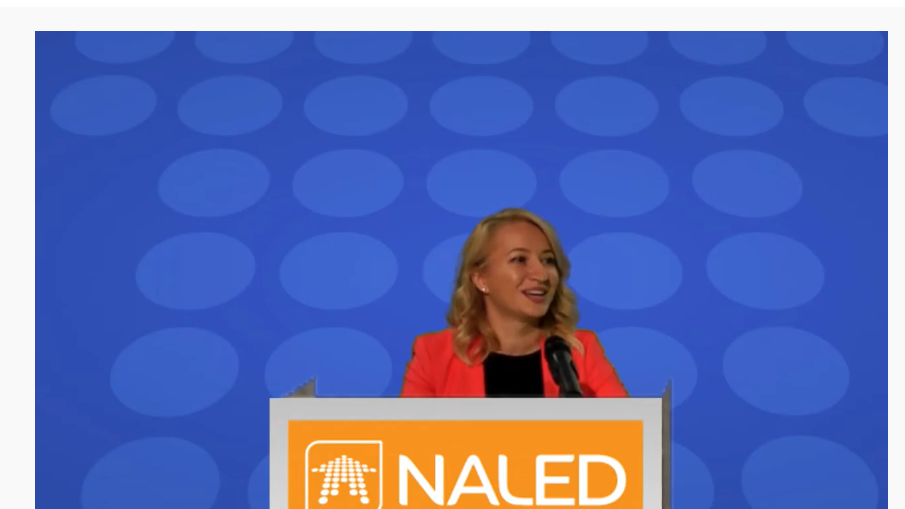 Violeta Jovanović, Managing Director of NALED, said at the presentation of the award to Zorica Bilić: “The award winner has invested nearly a decade in efforts to improve municipal services in collaboration with NALED in support of the “Tailor-made for Business”- program for the certification of municipalities. She is one of the pioneers of the far-sighted approach of German Development Cooperation and the establishment of the Regional Network for a favourable business climate in South Eastern Europe. This network has also stimulated a strong public-private dialogue in the region and has developed into a highway for rapid exchange of knowledge and for the introduction of electronic systems for issuing building permits and registration of seasonal workers in agriculture, which was directly supported by GIZ. ”

In her speech Jovanović said: “She symbolically stands for the continuity of our cooperation with GIZ as well as for enthusiasm, which is in no way diminished by challenges in cooperation. Our ” Strela ” (“arrow”) therefore deservedly goes into the hands of our colleague, the national coordinator of the GIZ Open Regional Fund for Modernisation of Municipal Services, Zorica Bilić.”.

After the presentation of the prize, the winner expressed her thanks for this award and gave the following speech: “It is a great happiness when you do the right things with the right people in life as well as at work. I was lucky that I have never missed this feeling for almost a decade of our collaboration with NALED. I see this award as recognition of the incredible energy that distinguishes these two outstanding teams. The list of the right things we have worked on together in the past and what we are still working on today is very long. Starting with improving the business climate at the local level, the programme of certifying municipalities with a favourable business climate, the reform of the granting of building permits in the region, followed by the simplification of the employment of seasonal workers, the digitalisation of municipal services and land management, environmental protection and the improvement of waste management. These are indeed the right things with which we can make a difference together,” Bilić emphasized in her speech.

On this occasion, she thanked all members of the responsible office of NALED and all members of the teams of the GIZ Open Regional Fund for Modernization of Municipal Services in Belgrade, Sarajevo, Skopje and Tirana. In particular, she thanked the German Federal Ministry for Economic Cooperation and Development (BMZ), which has an open ear for good ideas and suggestions of these teams and actively supports their implementation. In addition, a special thanks also went out to the growing number of private enterprises with which partnerships have been established, thus contributing to the achievement of the goals of sustainable development (SDG).

Bilić ended her speech with the following words: “In the end, the results we have achieved through our cooperation are the greatest reward for me personally. And in this sense, my message to the right people would be, to stay in the right place, do the right things and stay healthy in every respect. Thank you.“